The Republican North Idaho Political Action Committee announced its 2016 endorsements for the Republican Primary today.  As a group of independent minded, conservative Republicans, NIPAC was formed to support rational, responsible candidates to serve in county and state public office who are committed to fiscal responsibility, limited government and free markets.  Those candidates winning Republican NIPAC’s endorsement are: 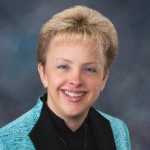 First elected to the legislature when Bonner County was a Democrat stronghold, Senator Shawn Keough has helped turn District 1 solidly “red,” and has earned the respect of conservatives all over Idaho.  She is completing her first legislative session as the Senate co-chair for the Joint Finance-Appropriations Committee in the Idaho Legislature, also known as JFAC.  As a member of the Senate Transportation Committee, she was instrumental in securing funding to replace the dilapidated Dover Bridge, which had received a sufficiency rating of 3 out of 100.  She also secured legislation and funding for a four-year computer science degree to be located at University of Idaho – Coeur d’Alene, a big win for all of North Idaho.  Senator Keough’s achievements are too numerous to list here, but she knows how to get things done for North Idaho.  She is easily one of the most effective legislators in Boise. 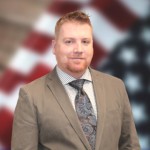 Peter Riggs is running for Idaho House Seat 3B, and brings an impressive resume for a first-time candidate.  Riggs earned a bachelors and master’s degree at the University of Idaho and is the President of Pita Pit USA, Inc.  Peter was part of the team responsible for bringing Pita Pit headquarters to Coeur d’Alene, and sits on the Board of the Chamber of Commerce.  As a business owner and job creator, Riggs wants to help students gain the education they need in order to be successful in today’s economy, which will also give local businesses the workforce they need to be competitive and grow.  He is a North Idaho native with deep roots in the area, strong conservative principles, and proven problem-solving abilities. 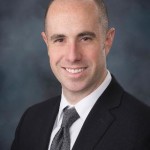 Representative Luke Malek is a solid conservative and a problem solver.  As a member of JFAC, he teamed up with Senator Keough on the legislation to bring the four-year computer science program to U of I – Cd’A.  This expands opportunity for our students and helps North Idaho businesses grow.   Malek also has been a champion for the mental health crisis centers in Coeur d’Alene and across the state.  These crisis centers give those suffering with mental health, alcohol or drug abuse issues more options for treatment than calling the police or walking into the emergency room, and as a result, taxpayers and our communities benefit too.  For carrying the ball on innovative solutions like this and more, Malek deserves the opportunity to continue serving District 4 as its Representative in Seat A. 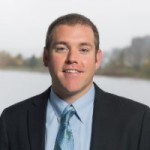 North Idaho needs legislators who understand the need for a well-educated and well-trained workforce.  We currently do not have enough of those, but Paul Amador has made education, accountability and economic development cornerstones of his campaign.  He also understands that government is often the biggest barrier standing in the way of an entrepreneur’s success.  Paul is perceptive, conservative, pragmatic and most importantly, energetic and hard working.  We believe it is time for his opponent to retire and let a new generation serve the people of District 4 in Seat B.
Sheriff 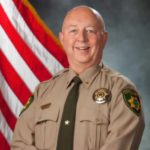 Ben Wolfinger has been a member of the Kootenai County Sheriff’s Department for more than 30 years.  He has shown that small changes and actively engaging the citizens can make a big impact on the department and the community.  Every few weeks, there are articles in the local newspapers about the Kootenai County Sheriff’s Department warning local residents about the latest scams.  On the campaign trail, Sheriff Wolfinger reports that for the first time in the department’s history, they have achieved 100 percent compliance in getting all sex offenders in Kootenai County registered who are required to do so.  These may not sound like glamorous tasks, but they are important to protecting the citizens of our county.  Focusing on the small things, the day-to-day tasks, and getting them right, can make a big difference.

Four years ago, we aired these concerns about John Green: “He’s expressed some bizarre views advocating the arrest of federal law enforcement officers in the county, and his agenda contains ideas that have very little to do with the duties of a county sheriff.  He seems confused about whether he’s running for sheriff or Congress…Last but not least, Mr. Green served as legal counsel for Phil Hart, which calls into question how he would interpret and enforce the law as sheriff.”  Mr. Green has not adequately addressed any of these concerns, so they remain as relevant in this race as they did in 2012. 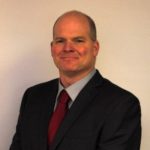 Fritz Weidenhoff won’t be a “rock on the ‘no’ button.’”  He will approach the legislature with a conservative foundation but will also thoughtfully and intelligently solve problems and issues. He understands Idaho’s constitutional responsibility to provide a quality public education to empower our citizens to be self-reliant and prosperous. Fritz is clearly the better candidate to represent District 2 and North Idaho.  In case you aren’t aware, he’s challenging Vito Barbieri.  Support a Republican who will fight for Idaho’s Top Priorities  and not those of a far-right fringe group.

NIPAC limited its endorsements to candidates who are opposed in the May 17 Republican primary.  However, in races where none of the candidates met NIPAC’s criteria, no candidate was endorsed.

Senators Bob Nonini and Mary Souza are unopposed in the Republican primary, but the NIPAC board members wanted to commend these two senators for casting a number of responsible and well-considered votes during the 2016 legislative session.  Like Senator Keough and Representative Malek, but unlike the rest of the North Idaho delegation, Nonini and Souza supported important legislation that would improve education and give Idaho students more options to develop career and technical skills to be competitive in the workforce.

NIPAC would also like to commend another candidate, Barry McHugh, who is running for Kootenai County Prosecutor.  When McHugh took over the office in 2008, it had been through several scandals and morale was low.  McHugh was challenged for reelection in 2012, and we see it as a testament to all he has accomplished in his tenure that he goes unchallenged for reelection in 2016.

Although the presidential primary took place on March 8, NIPAC encourages Idaho Republicans to remember to vote in the May 17 primary, where candidates for U.S. Senate, U.S. House of Representatives, Idaho legislature, and various county and non-partisan positions (including judges) will be on the ballot.  NIPAC also encourages ‘unaffiliated’ voters who lean Republican to register, to affiliate as Republicans at the polls, and VOTE now by absentee ballot, at the elections office beginning May 2 or on Election Day, May 17.